"Systems" is a yearly fair for IT professionals in Munich, Germany. In 2005 it was held from October 24th to 28h, and it featured an Open Source booth, sponsored by Munich Trade Fair Centre and organized by FreeX magazine. Free Pascal and Lazarus have been one of 14 Open Source projects present (both have been presented as one project, for practical reasons), alongside with projects such as KDE, Gnome, *BSD or Wikipedia.

For Free Pascal, the following developers have been present:

The team faced an astonishing resonance. According to external observers, in average the run on the Free Pascal / Lazarus sub-booth was the strongest of all Open Source booth members. Probably this is mainly due to the fact that FPC and Lazarus are cross platform and not specialised in any way.

There exists some photos of the event. On the left hand we have Mattias and on the right hand we have Marco. More photos can be found here. The sub-booths have been triangular, with having one project per side. On the right side the Gnome desktop environment project presented the recent progress and the guys promoted Ubuntu Linux quite strong, on the left side PostGreqSQL presented their open-source database engine. 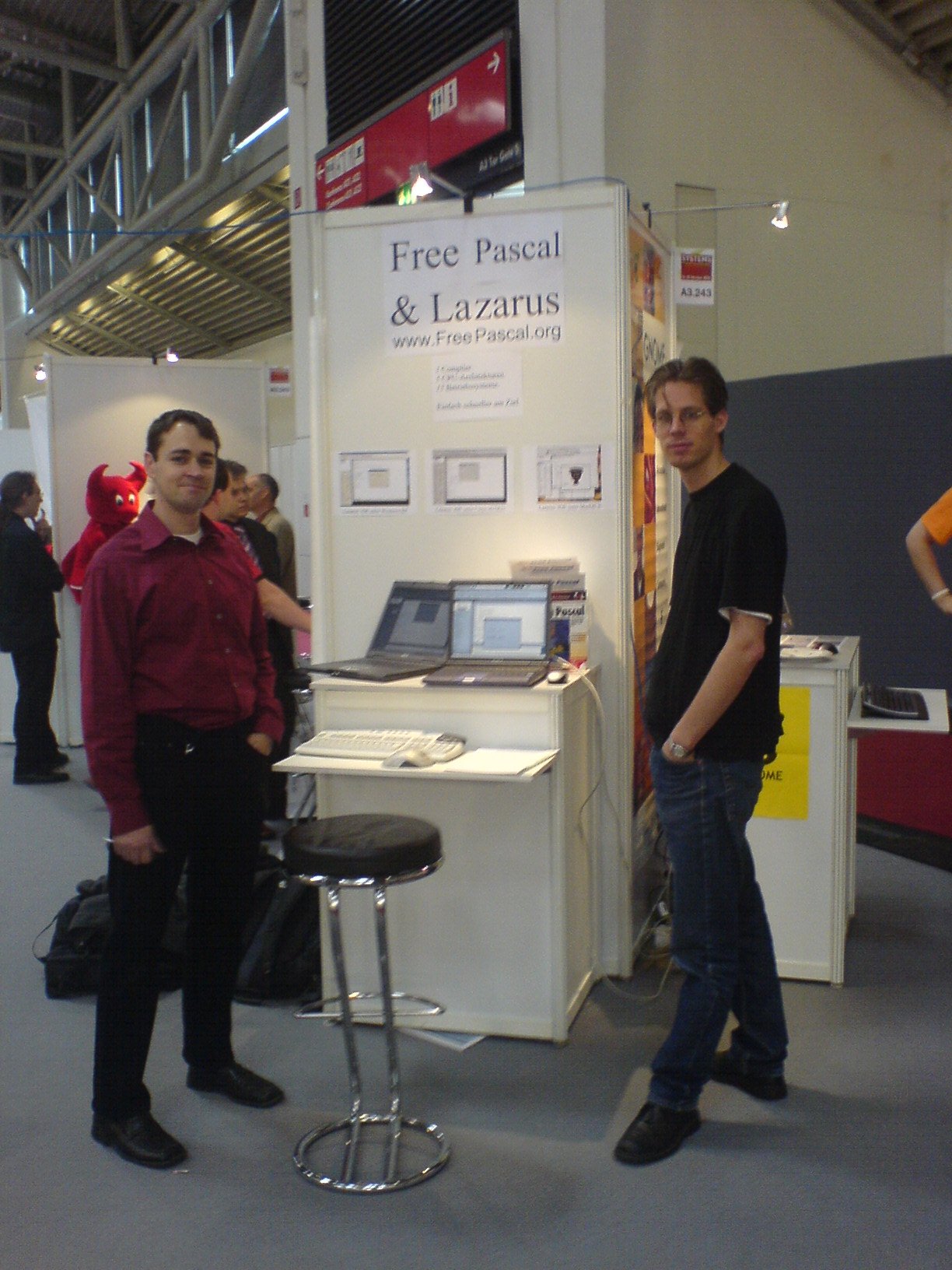 The present team members tried to notice the visitors' reactions as close as possible.