TappyTux is a children's educational games suite. TappyTux originally started as a childrens typing tutor, but it has evolved a modular architecture which allows many types of educational games to be played on the same engine. It has been highly optimized for use on remote displays.

The game is Free Software, and all the artwork and sound are under GPL compatible creative-commons licenses.

It is fun and addictive, and although it is meant for children, many adults have told me they Love it too. Version 2 takes it to the next level however, the interface and game code had a massive overhaul, sound and music support was improved and the game was modularised to allow many different game types to be played on the same engine.

The current version ships with two modules, tappywords (a typing tutor) and tappymath (an algebra game). Writing new modules is really easy so even a beginner programmer could add more.

The game is designed to work well in a thin-client lab, and as of this release, is based on GTK2, improving not just the look and feel but also the internationalisation support. 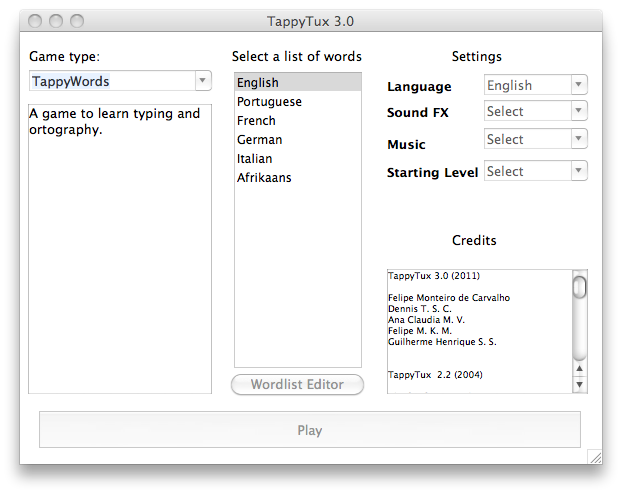 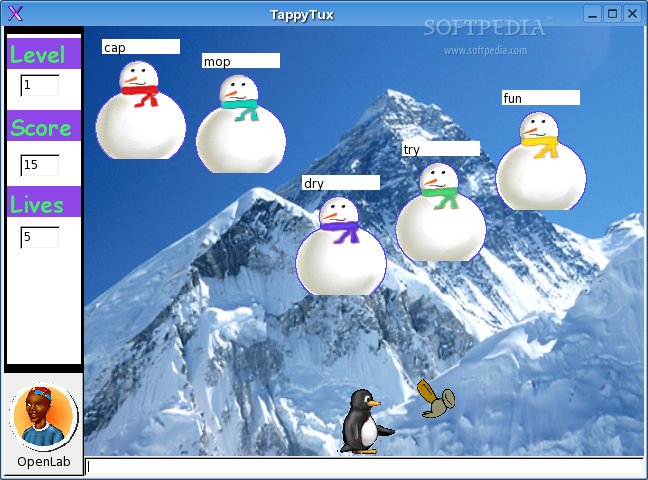