Difference between revisions of "Toro Kernel" 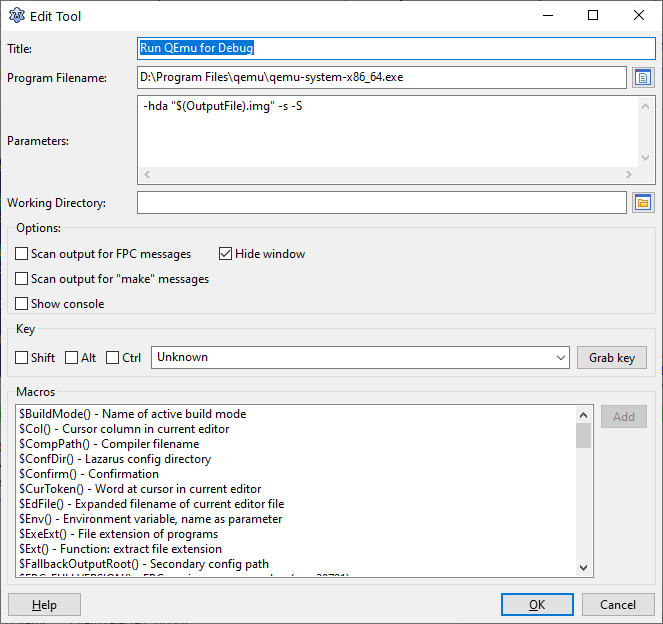 The easiest way to make Lazarus debug ToroKernel application under QEmu is to configure Running QEmu as am External Tool. Which is covered in the section above.

Important thing to remember is to have

parameters added. (as described above "-s" configures the network port for GDB, while "-S" makes sure QEmu would wait for the debugger to connect) 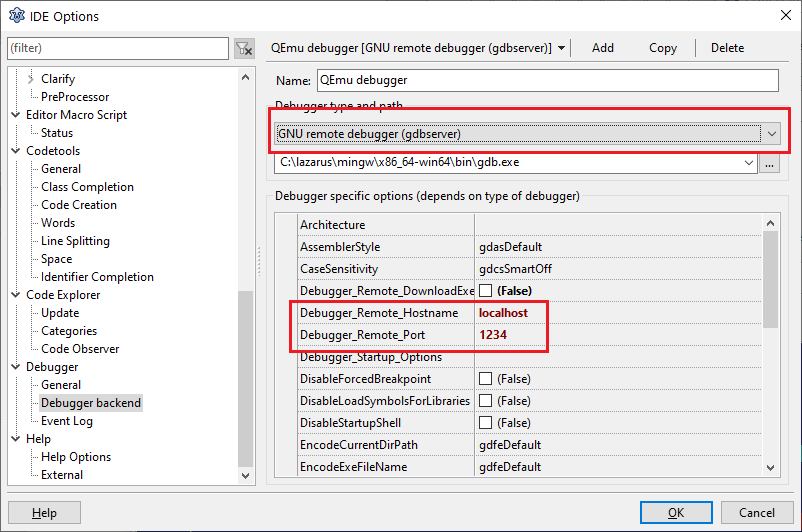 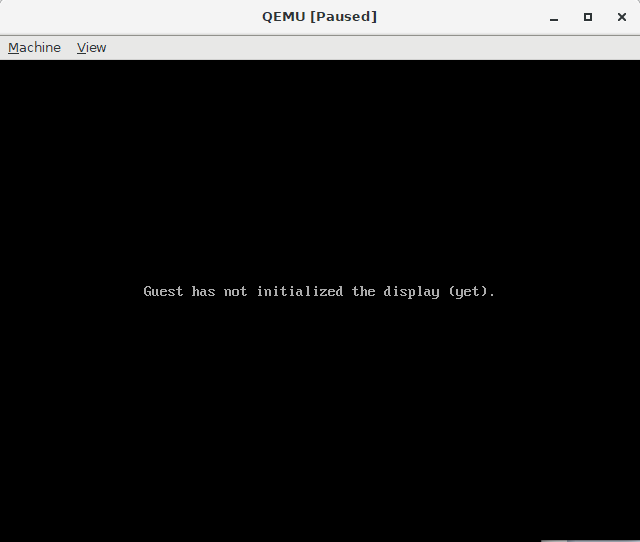 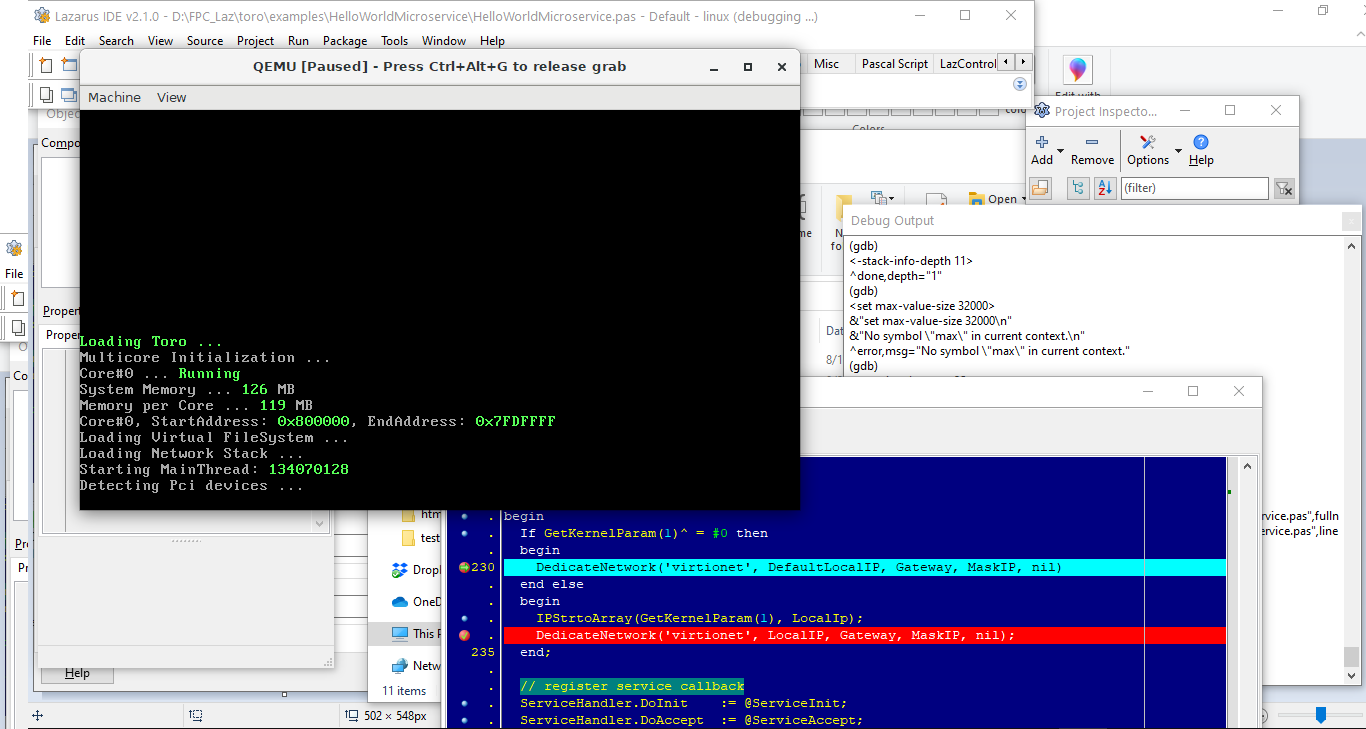