fpChess is still under construction. It should support playing via the internet as well as against a computer AI. 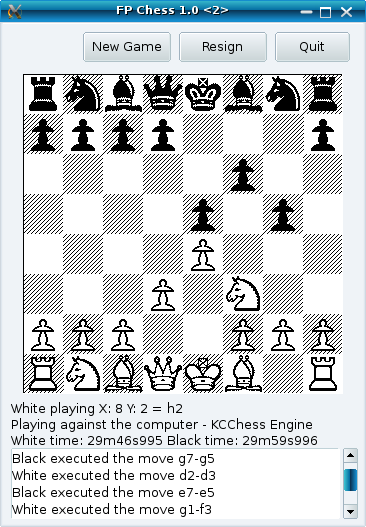